The total proton-proton cross section at 7 TeV is approximately 110 mbarns. This total can be broken down in contributions from:
• inelastic = 60 mbarn
• single diffractive = 10 mbarn
• elastic = 40 mbarn

Inelastic event rate at nominal luminosity is (we take L ~ 1034):

Therefore there are 5·10-4 events per second in which this Higgs boson will be appearing. 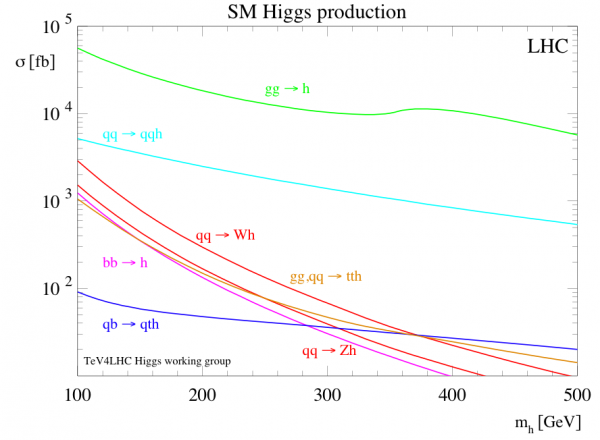 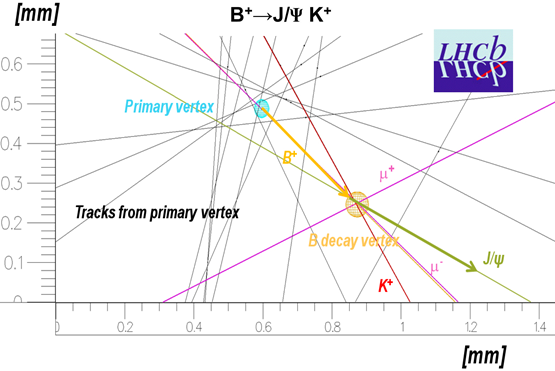