Interest in CP violation comes not only from elementary particle physics but also from cosmology, in order to explain the dominance of matter over antimatter observed in our universe, which could be regarded as the largest CP violation effect ever seen. The LHCb experiment will improve significantly results from earlier experiments both quantitatively and qualitatively, by exploiting the large number of different kinds of b hadrons produced at LHC.

B mesons are most likely to emerge from collisions close to the beam direction, so the LHCb detector is designed to catch low-angle particles. Its key elements is its Vertex Locator detector (VELO), that  will measure charged particle tracks, and its Ring-Imaging Cherenkov, or RICH detectors, that will identify different kinds of particles.

1400 scientists from 86 universities (Santiago University, among them) and laboratories, from 18 countries  are involved in the design and construction of LHCb, with support from many hundreds of technicians and engineers.
More information here...
Some calculations...

Along with ALICE, LHCb had some of the most major experimental upgrades during the long shutdown LS2.

Scientists installed a new detector called SciFi, made from 10000 kilometers of optical fiber. They also installed a new and faster Vertex Locator (VELO), a detector that will sit as close as possible to where the particles collide. What makes the new VELO detector unique is that scientists can lift it out of the way as they prepare the particle beams for collisions, then move it mechanically into place when LHCb is ready to collect data. This will allow scientists to capture clear information from the first particles that radiate from the collisions without unnecessary wear and tear from the beam.

In addition, LHCb scientists have implemented a new data-acquisition system, which will allow them to more quickly and precisely reconstruct what transpired during particle collisions.

[These comments are taken from What’s new for LHC Run 3? By Sarah Charley. Symmetry (A joint Fermilab/SLAC publication)] 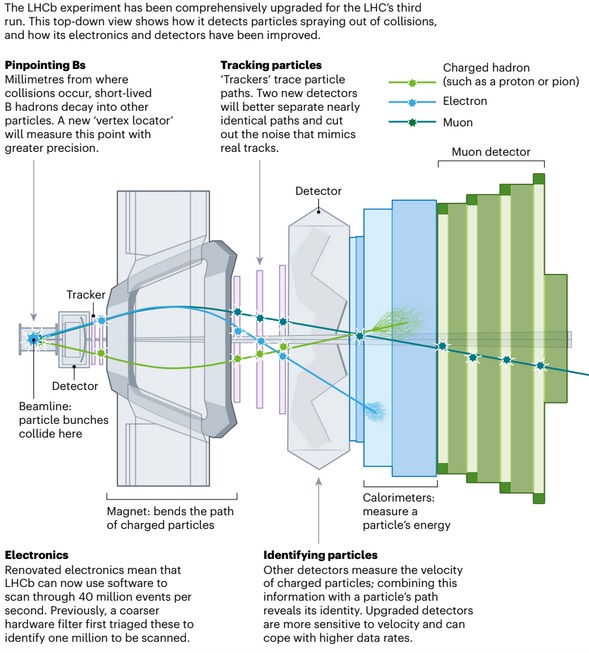 These improvements can be seen in more detail at this link: 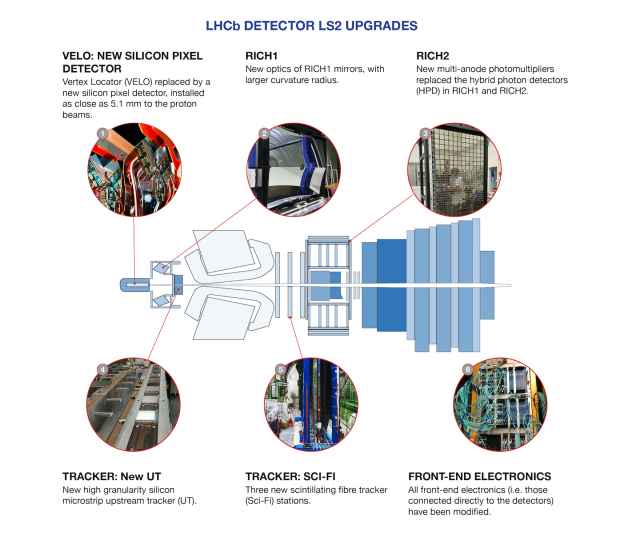