The main volume of the CMS detector is a multilayered cylinder, some 21 m long and 16 m in diameter, weighing more than 13000 tons. The innermost layer is a silicon-based particle tracker, surrounded by a scintillating crystal electromagnetic calorimeter which is itself surrounded with a sampling calorimeter for hadrons measuring particle energies. They fit inside a central superconducting solenoid magnet (3,8 Tesla), 13 m feet long and 6 m in diameter, that measures the momenta of charged particles. Outside the magnet are the large muon detectors, which are inside the return yoke of the magnet. 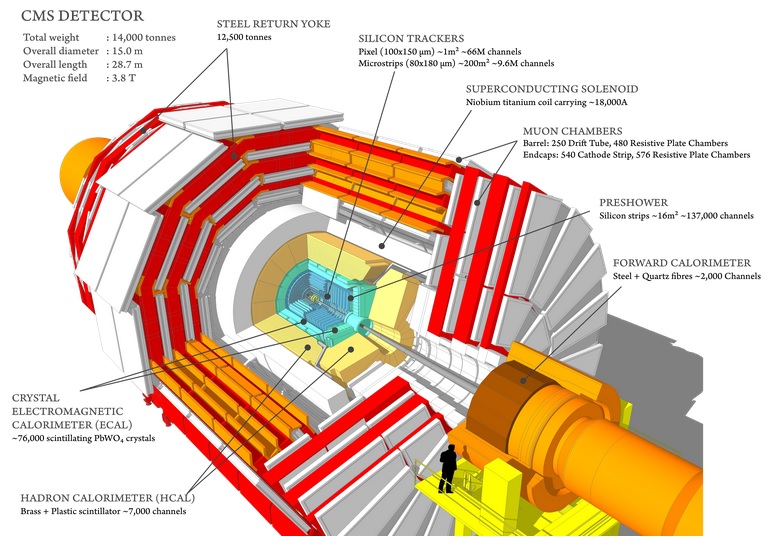 CMS has over 4000 particle physicists, engineers, computer scientists, technicians and students from around 240 institutes and universities from more than 50 countries.

During the long shutdown LS2, CMS scientists refurbished the Pixel Tracker, which sits a mere 2.9 centimeters away from the beam pipe, where particles circulate and collide. Around 600 million particles pass through 1 square centimeter of this inner detector every second. To keep track of the number of particles, scientists upgraded a detector close to the pixel tracker called BRIL, which will monitor the experimental conditions and help scientists calibrate their data.

The CMS experiment also completed the installation of their newly designed Gas Electron Multiplier detectors, which will detect muons close to the beam pipe. In addition, CMS scientists have implemented new software to help the experiment quickly filter and process their data.

[These comments are taken from  What’s new for LHC Run 3? By Sarah Charley. Symmetry (A joint Fermilab/SLAC publication)]

In more detail we can see the improvements made to this detector during  LS2 (2019-2022) in thge next image: 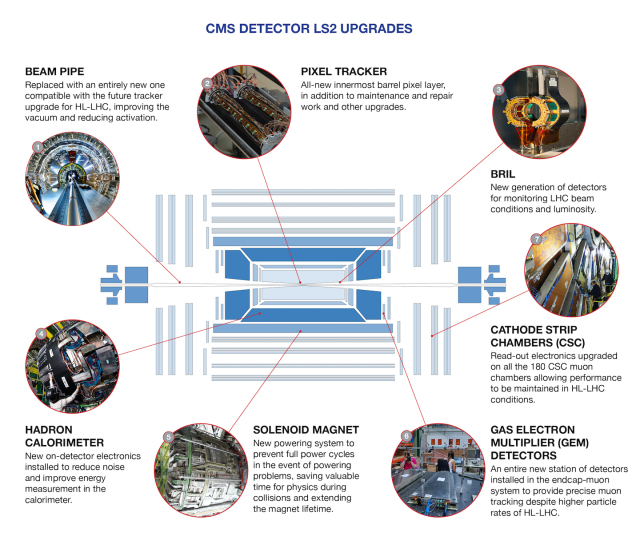 All information in CMS Upgrades LS2

The image at the bottom of the DETECTORS Section shows some of those performed on the larger detectors during LS2 (2019-2022).